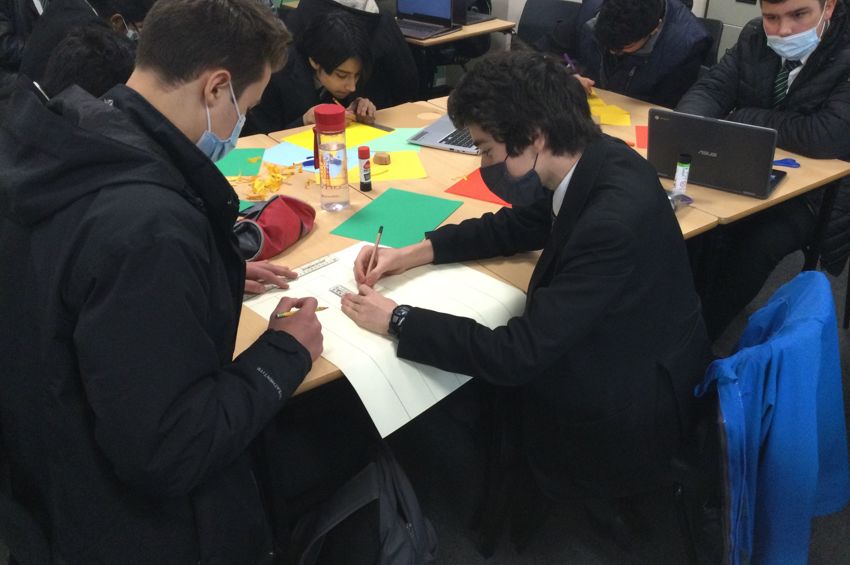 It's been a really busy term in Classics: we've watched the global premiere of Tom Stoppard's 'Penelope'; sixth-form students have attended a webinar on Roman Britain and competed in the David Raeburn dramatic competition; Year 10 Classical Civilisation students have crafted Roman versions of the Ancient Egyptian game 'Senet' where the players have to navigate their way through the underworld; and Year 8 Latinists have entered the Classical Association's national creative writing competition (this is open to all ages and we encourage everyone to get involved: https://classicalassociation.org/competition/).

We also settled the question of whether fifth-century Athens or first-century Rome provided a better life for male citizens, using the Spartan method of 'acclamation' to vote at the end of assemblies, with Athens winning the overall victory.

Classics Club has returned in force, with topics as diverse as Persian Kings, the earliest writing system of Ancient Greek (Linear B) and a resoundingly successful premiere of a new game, devised by Year 9, based on the assassination of Julius Caesar: 'Secret Brutus'.
We wish everyone a happy Saturnalia (the Roman festival that took place during December): io Saturnalia!