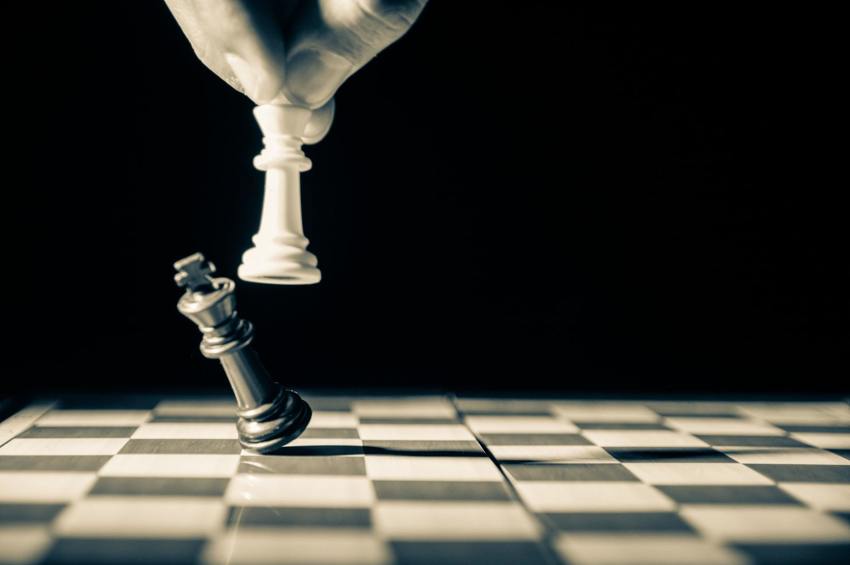 This half term has been astounding for Chess at WBGS.

We were lucky to be able to return to lunchtime sessions on Thursdays, but we were not expecting the sheer number of members that turned up - over 50 new Year 7’s and about the same number of students from all the other year groups! This number barely changed as the weeks progressed, and we had to split ourselves into two groups, with Year 7’s playing on an online tournament in the library and all other year groups on chessboards in M4. 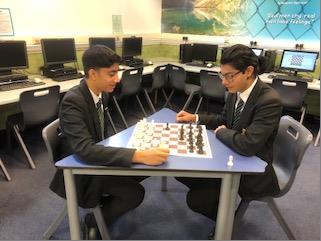 In addition to this, we also created a presence at the school’s Open Day. Thanks to a number of willing volunteers from the club, we were able to advertise chess at the school for the first time on an open day, inviting visiting students (and parents) to try out some puzzles and play against our own members. This was incredibly successful with extremely positive reactions, and we hope to make this a recurring part of Open Day.

Before the summer, six of our students took part in the UKCC: a national chess competition where they would play matches against other players of similar age across the UK online. Despite the pressure and time control, we had two players go through to the Gigafinal stage, so congratulations to Max Agarwal 8P and Rishi Pipalia 8T. Furthermore, Rishabh Sidana 8G managed to reach the Terafinals, which took him to an over-the-board tournament in Daventry Court: a very exciting experience especially given that these types of tournaments had not occurred for a long time due to lockdowns, so well done to him! 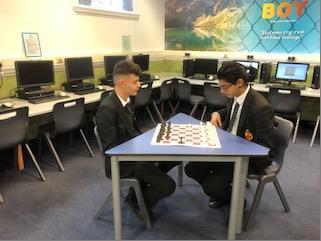 A big thank you also to Mrs Waterman, our librarian, who helped us not only on Open Day but also throughout Thursday lunchtimes in the library.  Mrs Waterman commented:
"Lots of our Library Prefects volunteered to help in the Library during Open Day, here they are helping the Chess Club, demonstrating the ways of chess to our visiting parents and children."

We look forward to next half term, with some exciting knockout tournaments planned for the club: now one of the most popular in the school!